A Tribute to Trailblazing Women in Medical Marijuana

March is National Women’s History Month. So, as an homage to all those women who blazed a trail in Louisiana’s medical marijuana industry, I would like to pay tribute to one of them who is near and dear to my heart, my great grandmother, Elizabeth “Eliza” Savant, an early innovator in our beautiful state of Louisiana for marijuana as medicine,

Eliza Savant lived in southern Louisiana just outside of Kinder during the 1800s. She was a naturalist and, due to the lack of college-educated medical doctors, most people in her village and the surrounding area depended on her for their medical treatment. Using indigenous plants and creating her own healing recipes, Eliza could cure common ailments that plagued those of that time with her balms and tinctures. She could also set a bone and expertly use stitches to a wound if necessary. I never had the pleasure of meeting my great-grandmother in person but my mother adored her and would tell vivid and detailed stories to her children from her vast store of memories. We would sit and listen to the stories in amazement that we were related to such a colorful and strong woman.

Eliza was small in stature, standing at only five feet two inches tall. She had long hair, typically worn in a thick braid that snaked down her back and almost reached her knees. She rarely wore shoes and moved at a fast clip wherever she went. According to my mother, she had delivered all the babies within a ten-mile radius of her village. The only reason she didn’t deliver more was that’s as far as she could walk. Cars were a luxury back then. Most either walked or had a horse-drawn carriage.

She had a beautiful garden by her cabin where she grew tomatoes, okra, squash, and other vegetables that she was happy to share with neighbors and patients. Being of French Canadian descent, she spoke little English and would sing in her native French as she tended her garden. But Eliza had a secret only a few were privy to, She shared her secret with my mother and that’s where the story gets interesting.

In the woods that were by her cabin, in a pristine part of the forest with just enough sunshine to help them flourish, Eliza grew a small patch of marijuana. My mother described it as filled with plants of various shades but mostly green and ranging from smaller to very tall. She remembers being really interested in the plants because they were so unusual. She watched her grandmother go to exactly the right plant that would cure a certain illness. Eliza knew each marijuana plant, what it would cure, and what to harvest by memory.

Of course, it wasn’t really a big secret because marijuana was legal back then and even recognized in 1850 in the U.S. Pharmacopeia as a legitimate cure for neuralgia, tetanus, typhus, cholera, rabies, dysentery, alcoholism, opiate addiction, anthrax, leprosy, incontinence, snakebite, gout, convulsive disorders, tonsillitis, insanity, excessive menstrual bleeding, and uterine bleeding.

My mother also remembers frequently seeing marijuana hanging to dry in Eliza’s cabin or lined up in neat rows on the table to be processed. She often used marijuana alone but also used it in combination with other plants to make tinctures, balms, poultices, salves, or to take orally. When we asked our other what things she could cure with marijuana, she replied, “Everything from toothaches to pain from childbirth and most things in between.”

So, we salute you Elizabeth Savant, healer, innovator, and trailblazer. It’s because of women like you that women like Kathryn Thomas (also Eliza’s great-granddaughter) can blaze a trail of her own today in the medical marijuana industry.

Start blazing your own trail today. Get started with one click!
Start here 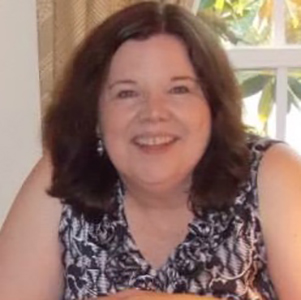 Jane Burt is the Marketing Director for The Healing Clinics and an advocate for medical marijuana everywhere.

DISCLAIMER: This blog provides general information and discussions about medical marijuana, health, and related subjects. The information and other content provided in this blog, or in any linked materials, are not intended and should not be construed as medical advice, nor is the information a substitute for professional medical expertise or treatment. If you or any other person has a medical concern, you should consult with your health care provider or seek other professional medical treatment. Never disregard professional medical advice or delay in seeking it because of something that you have read on this blog or in any linked materials. If you think you may have a medical emergency, call your doctor or emergency services immediately.