The media blew up last week with news that President Joe Biden had finally made a move on the marijuana front. The announcement stated that the President had “prioritized” marijuana on a federal level and stated his “three-step plan.”

First, he is intending to pardon all prior Federal offenses of simple possession of marijuana. He stated he had already directed the Attorney General to develop an administrative process for the issuance of certificates of pardon to eligible individuals.

“Simple possession” is defined as two ounces or less. The total of those who qualify for this pardon from federal prisons is 6,500, according to recent news releases.

Second, Biden stated he is urging all Governors to do the same with regard to state offenses.

And, the third step, Biden stated he asked the Secretary of Health and Human Services and the Attorney General to initiate the administrative process to review how marijuana is scheduled under federal law. Currently, marijuana is Schedule 1, the most dangerous classification and the same level as LSD and heroin. Schedule 1 is even higher than fentanyl and methamphetamine – current drivers for overdose epidemics. This makes it seem even more ridiculous since there have been no reports of overdosing on marijuana… ever.

The United States has the largest prison population of any country on the planet. According to the International Centre for Prison Studies, an astounding 2.1 million Americans were incarcerated in October 2015. Compare that to Canada’s 37,864 prison population.

According to prisonpolicy.com, federal prisons held 208,000 with 145,000 being convicted and 67,000 of those serving time for various drug offenses. State prisons held 1,042,000 prisoners with any offense. Of those, 146,000 were for drug crimes. Of those, 40,000 were serving time for drug possession. Here’s where it gets really interesting. On the CITY level, in city jails, 547,000 were being held with only 103,000 being convicted. The others were either waiting on their trial date or being held while waiting for additional court dates.

And these numbers don’t even consider “churn” in city jails. These are the numbers of individuals but don’t count multiple incarcerations. While around 600,000 people enter city jails in a typical year, they go to jail over 10 million times in that same year. Why? Because most people in jails have not been convicted. Some have just been arrested and made bail or are too impoverished to pay bail within hours or days. At least one in four that are arrested will go to jail again in that same year. Wow! That’s a lot of recidivism, as they say in the business. Why so high? Because many of those who can’t afford to pay bail are left in jail and are suffering from poverty, mental illness, or serious substance abuse disorders… issues that worsen with incarceration.

According to The Last Prisoner Project, an organization dedicated to the release of those being held for simple possession of marijuana, one of the largest groups of “re-offenders” are individuals on supervised release who have been re-incarcerated due to a marijuana-related technical parole/probation violation.

City jails shouldn’t be used for rehab centers, mental health institutions, or homeless shelters. These issues must be addressed individually and we must ask why these are still prominent in our country when there is so much money going into programs to prevent them. And there certainly shouldn’t be anyone with a minor offense like simple possession in these jails. And, you can see, the numbers get much bigger when you add state and city jails to the total.

So, is this a step in the right direction? Sure. But a real change? We shall see. There will have to be a lot more done to correct the injustice that’s been heaped on the users of this medicinal plant for the past 50 years.

Ready to Get Legal? 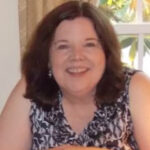 Jane Bowlin-Burt is a freelance writer, digital marketing director for The Healing Clinics, and a proponent of medical marijuana.