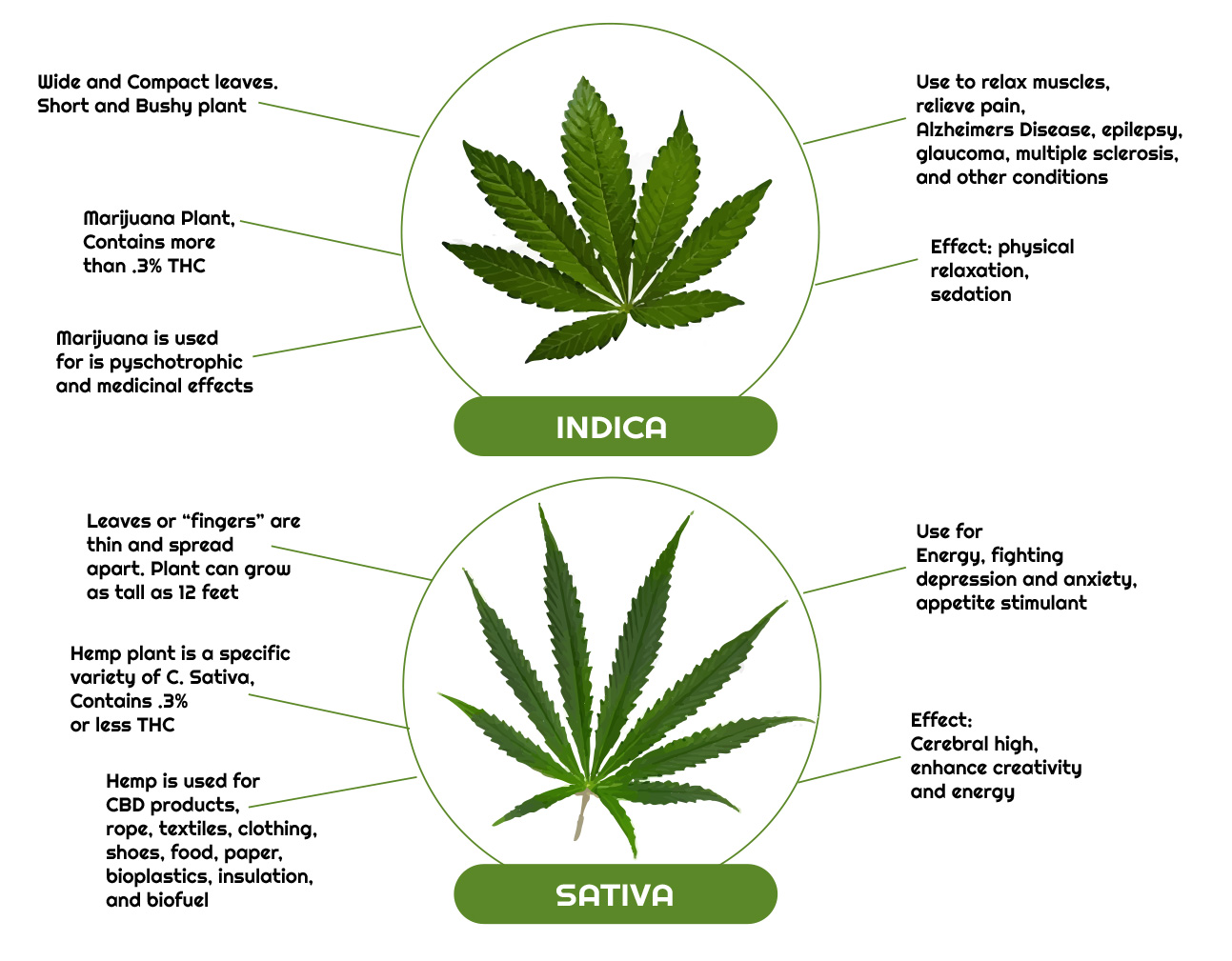 The Difference Between Marijuana, CBD, and Hemp

Marijuana, cannabis, CBD, and hemp are terms that are often used interchangeably. However, though similar, they mean different things. The basic difference between marijuana, CBD, and hemp is the amount of THC (tetrahydrocannabinol) each contains. THC is the cannabinoid or component that gives marijuana its psychoactive component.

Hemp is a specific variety of C. Sativa. Legally speaking, it’s any cannabis with less than .3% THC.

People have grown hemp for hundreds of years, using it to make rope, clothes, sails, food, and much more. Industrial hemp has an equally long history in the United States. Thomas Jefferson, the third president of the country, grew it himself, as did George Washington and Benjamin Franklin.

Hemp is typically used for more industrial purposes rather than for medicinal or recreational consumption. However, hemp seeds have been found to be a rich source of nutrients and can be eaten raw or used to make milk, oil, cheese substitutes, or protein powder. Hemp seeds have little to no THC that is found in marijuana. They have sort of a nutty flavor and contain essential fatty acids, iron, vitamin E, manganese, B-vitamins, and zinc along with other healthy components.

CBD is a cannabinoid and is short for Cannabidiol. It comes from the Cannabis Sativa plant, also known as cannabis. It has no more than .3% THC and can be sold in retail shops and convenience stores because of the low level of THC.

What is Medical Marijuana?

Medical marijuana is the term coined to describe the marijuana that is sold in dispensaries in states that have legalized marijuana products for medical use. In those states, a physician must first evaluate the patient before marijuana can be prescribed or “recommended”. The Healing Clinics is the “medical marijuana doctor” part of that.

Medical marijuana can only be purchased through a state-approved medical marijuana dispensary and the patient must possess active prescriptions or recommendations. The products contain varying amounts of THC and terpenes and may be produced to treat very specific conditions or may be broad spectrum to treat a variety of conditions, depending on the patient’s needs.

Can I get marijuana at a CBD store?

The short answer is “absolutely not.” That’s why there are CBD stores in states where marijuana is not legal, like Texas. The Farm Bill, or the Agriculture Improvement Act of 2018, made it federally legal to grow industrial hemp, as long as it contains .3% or less THC. This opened the door for CBD to also be sold anywhere in the United States, as it has less than .3% as well. 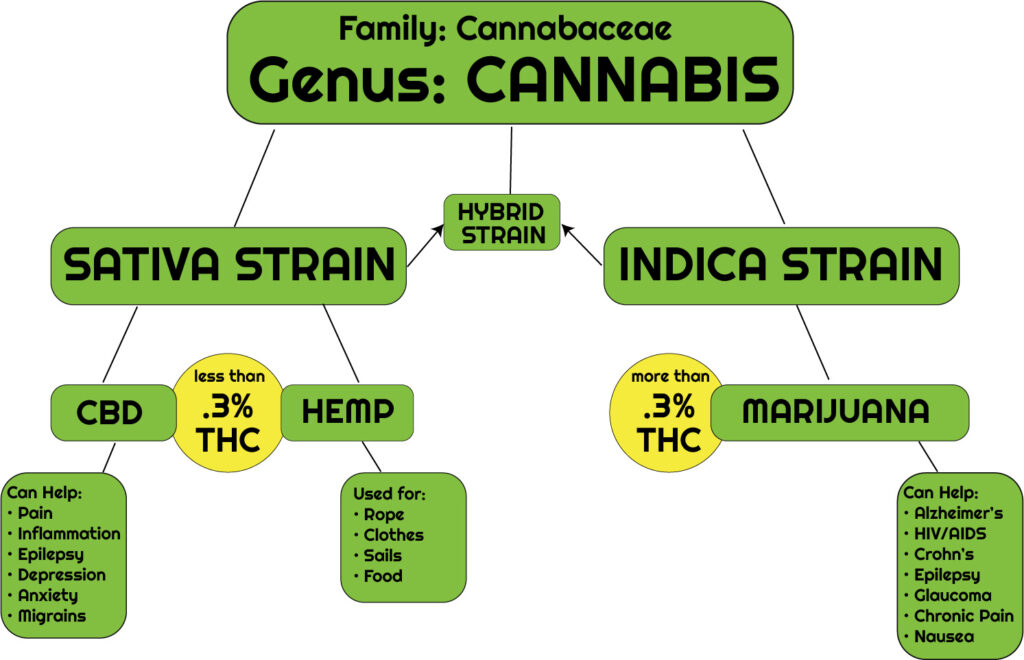 Why none of this really matters

You may see on marijuana product labels the strains, which are Indica, Sativa, and hybrid. This is a method used by budtenders and consumers to predict the effect. But recent research reveals that measuring the effect using cannabinoids and terpenes that are being used is a much more reliable method of measurement. The Indica, Sativa, and hybrid strains are all focused on the exterior of the plant rather than considering the components contained in each strain.

Because there are thousands of sub-strains, it’s really impossible to verify what a cannabis plant contains regarding levels of THC, CBD— or really any cannabinoid — without lab testing. Because there are so many varieties and strains, participating in a medical marijuana program where other components are considered can make your treatment much more effective and predictable.

Cannabis is complicated. It contains hundreds of cannabinoids along with terpenes and has been cultivated into thousands of sub-strains from the main strains or Sativa and India. Dosage and how it’s consumed can also affect the results.

Terpenes provide the scent of all plants (like pine trees) as well as the taste and color (like carrots or tomatoes). In cannabis, terpenes actually support other cannabis molecules—and can amplify the therapeutic properties of other cannabinoids. They can combine with THC or CBD to amplify the effects. This is called the entourage effect. Because the combination of cannabinoids and terpenes are the components of cannabis rather than a description of the plant, they are a much more reliable way to measure effect than by the strain.

Because it’s just recently been legalized in the United States and labs are willing to start researching the plants again, there will be a lot of new information that will be uncovered. The Healing Clinics will share information as we find it available to keep you informed. If you’re ready to get started in the Louisiana medical marijuana program, we are here to help. Press the button below to start your healing journey.