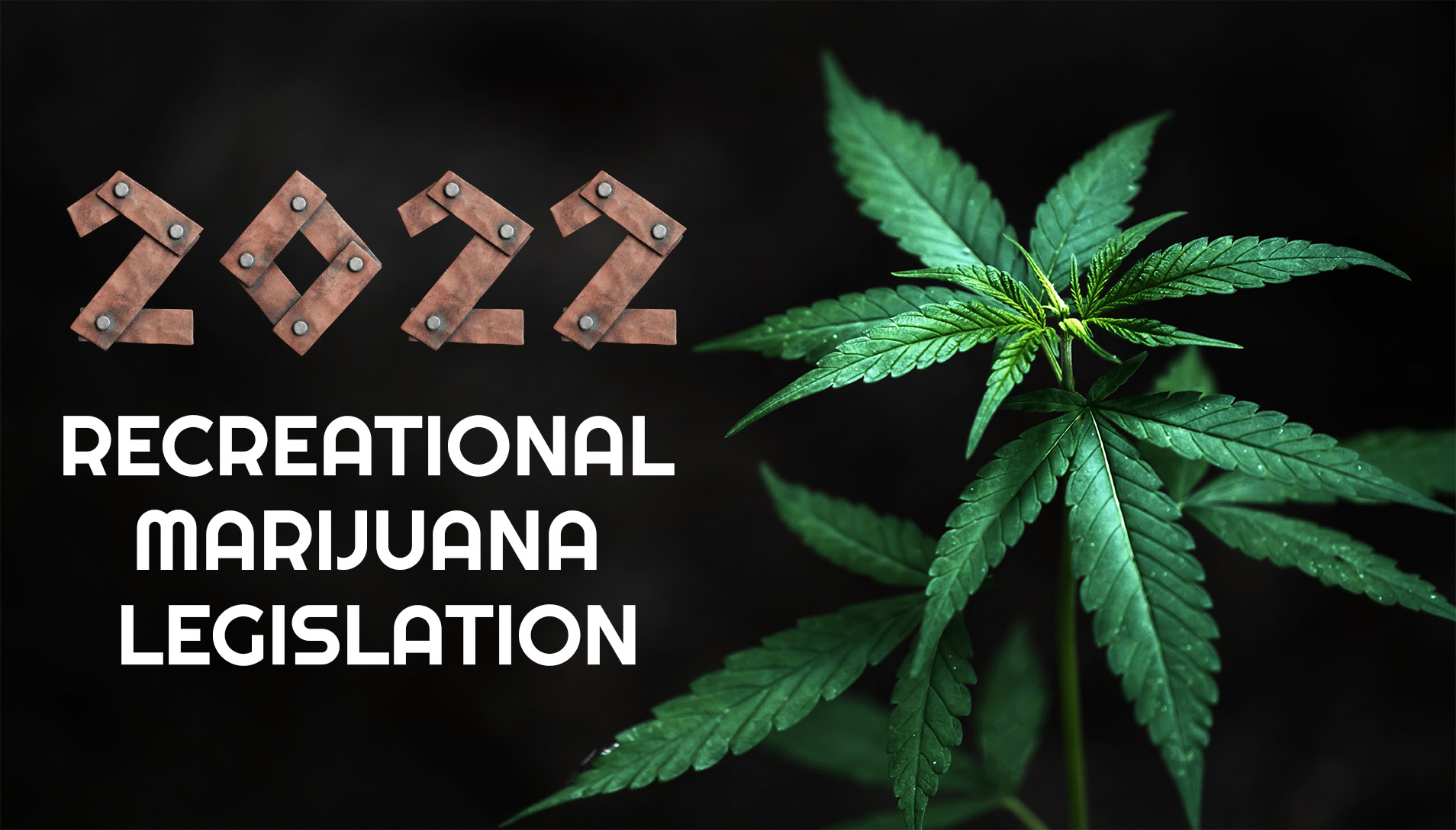 Despite President Joe Biden’s promise during his campaign to push through marijuana legalization and decriminalization, he has yet to take any action and remains opposed to any federal legalization of recreational marijuana.

State acceptance happened quickly. As of this writing, 18 states have legalized recreational and 36 have legalized medical marijuana — that makes up 44 percent of the national population.

A 2021 survey from Pew Research Center showed that over 91 percent of U.S. adults think marijuana should be legal for medical use and 60% of those feel medical and recreational should be legal, indicating growing bipartisan support for weed legalization in the country.

But, still, the federal government won’t join in and federally legalize marijuana. Even as public approval and scientific proof grow, the government continues to drag its feet.

Those who have been monitoring and observing marijuana legalization in the United States have proposed that, despite these roadblocks and others, marijuana will continue to move forward. They predict it will likely be in small steps instead of sudden, sweeping legislation.

Following are just a few of the bills that could impact how our Federal government may legislate marijuana in the future, should they be passed.

The MORE Act – The Marijuana Opportunity Reinvestment and Expungement Act (or MORE Act) was introduced in 2019. It is a proposed piece of U.S. federal legislation that would deschedule cannabis from the Controlled Substances Act and include expungement of prior convictions for simple possession. This particular attempt was passed by the House but died in committee in July 2019. The 117th Congress revived it under sponsor Jerry Nadler in May of 2021and was referred in September of 2021 where it passed a key House committee. The House Judiciary Committee approved the MORE Act, which would end the conflict between federal and state law, and passed it on for a vote.

The Marijuana Data Collection Act: On April 29, 2021, Sen. Bob Menendez (D-NJ) introduced S. 1456, the Marijuana Data Collection Act. Co-sponsored by Sen. Rand Paul (R-KY), the legislation requires HHS, DOJ, the Department of Labor, and relevant state agencies to partner with the National Academy of Sciences to study the impacts of recreational and medical cannabis legalization. The bill was referred to the Senate Health, Education, Labor, and Pensions Committee.

The CLAIM Act: On March 18, 2021, Sen. Bob Menendez (D-NJ) introduced S.862, the Clarifying Law Around Insurance of Marijuana (CLAIM) Act. The legislation aims to provide a safe harbor from penalties or other adverse agency action to insurance companies that provide services to cannabis and cannabis-related legitimate businesses that operate in states that have legalized the drug.

The Veterans CARE Act: The bill requires the VA (Veterans Administration) to conduct and support research on the efficacy and safety of cannabis and cannabis delivery for veterans enrolled in the VA health care system and diagnosed with conditions such as chronic pain or PTSD.

The Marijuana 1-to-3 Act: Rep. Steube introduced H.R. 365, the Marijuana 1-to-3 Act on Jan. 19. The bill directs the DEA to reschedule cannabis from schedule I to schedule III on the CSA. The legislation was referred to the House Judiciary Committee, the Energy and Commerce Committee, the Judiciary Crime, Terrorism, and Homeland Security Subcommittee, and the House Energy and Commerce Health Subcommittee.

Many other bills are also up for consideration but most sit untouched in Committees.

Federal bills that could advance marijuana reform and remove conflicts between state and federal laws sit in committee with no action being taken to advance them for a vote. Members of Congress state that “There’s a lot going on right now” and there’s just no time to address these bills. The projected date that anything might be done is 2024 and, even then, no guarantee is made on the outcome.

If you feel strongly about federal legislation that would change current law including decriminalization, expungement for simple possession, supporting and legalizing scientific research that will prove to value and effectiveness of marijuana, and make starting a business in the marijuana industry no more difficult that any other business, then please contact your Congressman and let them know. It is only by voicing your strong opinion that change will take place.

Resources are available online to help you find your representatives.

https://www.congress.gov/members/find-your-member will help you find your Senators and Representative by your address.

If you know who your representative is but you are unable to contact them using their contact form, the Clerk of the House maintains the addresses and phone numbers of all House members and Committees, or you may call (202) 224-3121 for the U.S. House switchboard operator.

Please let your representative know that you support legislation that will support the advancement of medical marijuana, the industry that serves it, and the patients who benefit from it.

DISCLAIMER: This blog provides general information and discussions about medical marijuana, health, and related subjects. The information and other content provided in this blog, or in any linked materials, are not intended and should not be construed as medical advice, nor is the information a substitute for professional medical expertise or treatment. If you or any other person has a medical concern, you should consult with your health care provider or seek other professional medical treatment. Never disregard professional medical advice or delay in seeking it because of something that you have read on this blog or in any linked materials. If you think you may have a medical emergency, call your doctor or emergency services immediately.